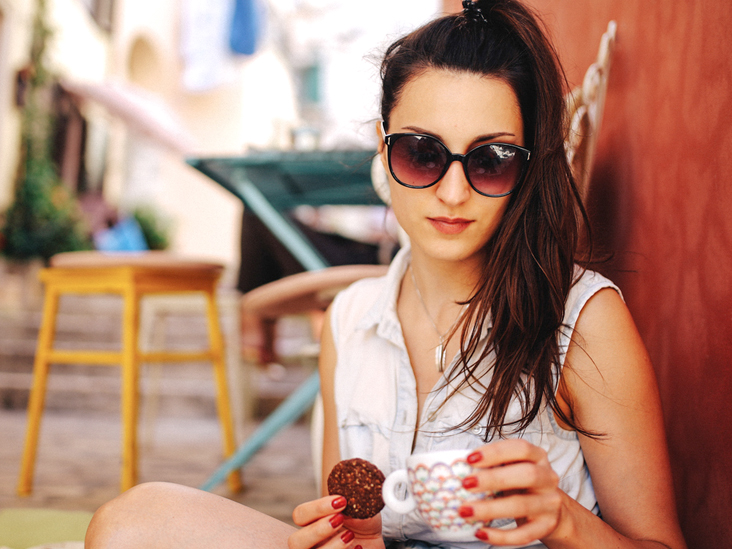 Coffee is a popular drink that many people enjoy, but for some it can have unexpected side effects. In this post we’ll discuss why coffee might make you dizzy and what you can do to reduce the chances of experiencing this uncomfortable symptom. We’ll also share some tips on how to make your coffee drinking experience more enjoyable overall. Thanks for reading!

You’re not alone if you’ve ever felt dizzy after drinking coffee. The caffeine in coffee makes your heart beat faster and your blood pressure increase, which is not a good combination. Additionally, caffeine increases your adrenal glands’ secretion of adrenaline and cortisol. Those who experience dizziness after drinking coffee may be sensitive to caffeine or have an intolerance. Caffeine is also present in other beverages, such as tea and cacao. It can also be found in medications and energy supplements.

The maximum safe daily dose of caffeine is 400 mg. However, if you’re sensitive to caffeine, you may feel dizzy at lower levels. The best way to cope with this problem is to reduce your caffeine intake and switch to decaf instead. Overdosing on caffeine can cause other problems, including restlessness, anxiety, high blood pressure, and tremors.

Caffeine intake has several effects on the body. It increases the heart rate, raises blood pressure, and improves mental function. It also acts as a vasodilator by opening blood vessels and increasing blood flow. Caffeine also elevates cortisol, the body’s stress hormone. However, too much caffeine can cause anxiety. Caffeine also triggers the release of dopamine, which is a neurotransmitter. Caffeine affects the prefrontal cortex and nucleus accumbens, which are responsible for feeling alert.

The effects of caffeine on dizziness depend on a person’s specific situation. If you’re experiencing dizziness from too much coffee, you should reduce your intake. This may lead to dehydration and lightheadedness. Caffeine can also throw off your circadian rhythm and increase your risk of anxiety and heart palpitations.

Caffeine has a half-life of around five hours. This means that a cup of coffee consumed at four in the afternoon will still affect you at 10 pm. However, people who are sensitive to caffeine have a longer half-life and may experience dizziness even after drinking a second cup.

Decaf coffee doesn’t cause dizziness in most people, but it can cause lightheadedness for some people. Fortunately, there are a few things you can do to avoid this common side effect. First, you should drink water before consuming coffee. This will help your body metabolize caffeine and prevent it from causing a blood sugar drop, making you dizzy. Second, you should eat a healthy breakfast.

Caffeine is present in every cup of coffee, and it can make people feel lightheaded, woozy, and even nauseous. It can also lower blood flow to the brain, which can lead to dizziness. Caffeine is also associated with a host of other negative effects, such as anxiety and insomnia. Decaf coffee can help you avoid these side effects, but be sure to read the label carefully to see exactly what’s in your coffee.

Caffeine out of your system

If you find that drinking coffee makes you dizzy, you need to understand that caffeine stays in your system for up to 10 hours. That means that you can get a caffeine boost from your first cup of coffee and feel dizzy for hours afterwards. To get the caffeine out of your system as quickly as possible, try drinking decaf coffee during the daytime.

Caffeine has a stimulating effect on the heart and temporarily raises blood pressure. However, consuming too much of it can lead to fast irregular heart rhythms, which can lead to sudden cardiac arrest. If your heart starts beating too fast or skips beats, you may experience dizziness. This means that your heart is not getting enough blood to the brain.

Dizziness can be caused by several things, including stress. It may last a few minutes or hours, so if you are experiencing dizziness after drinking coffee, you may be suffering from caffeine withdrawal. To minimize this effect, try to drink coffee and energy drinks slowly throughout the day. In between, make sure you have a full meal and plenty of water.

If you’ve ever found yourself feeling dizzy after drinking coffee, you’re not alone. Caffeine is a stimulant that affects the nervous system, causing the heart to beat more rapidly and blood pressure to increase. It also causes the adrenal glands to release cortisol and adrenaline, which can make you feel unsteady or dizzy. If you’re experiencing these symptoms after drinking coffee, you may be sensitive to caffeine or have a caffeine intolerance.

Caffeine sensitivity can be inherited, with approximately 10 per cent of the population carrying a gene linked to higher levels of caffeine intake. This means that some people are not able to tolerate caffeine at all, even in small doses. Caffeine sensitivity can be caused by genetics or liver enzymes, or by a faulty reaction between the body’s immune system and caffeine.

People with normal caffeine sensitivity can tolerate 200-400 milligrams of caffeine a day. This is the equivalent of about two to four 5-ounce cups of coffee. Those who are highly sensitive to caffeine should reduce their intake or completely avoid it. If you’re pregnant, have a health condition, or are taking certain medications, you should consult your doctor before you drink coffee.

Coffee is a stimulant

You probably know that caffeine, a commonly consumed substance, causes a range of side effects. It can increase your heart rate, and breathing, increase jitteriness, and cause you to become more irritable. It also stimulates the central nervous system, which causes you to feel jittery and restless. The caffeine-based stimulants that we consume daily are absorbed into the bloodstream through the stomach. Some people may be sensitive to caffeine, so you should consult a doctor before taking them.

Caffeine is also known to cause headaches and migraines. Drinking coffee can also cause dizziness and nausea. Experts recommend that you avoid drinking coffee and other stimulants, especially if you suffer from migraines. Fortunately, simple self-help methods can easily alleviate the symptoms associated with caffeine.

Drinking coffee on an empty stomach can cause dizziness. However, drinking food with coffee can help tame the effect of caffeine. Eating before drinking coffee can also help prevent a feeling of dehydration as well. Caffeine is a diuretic and can dehydrate the body.

If you regularly drink coffee, you are probably already familiar with the effects. The good news is that coffee is safe for most people as long as you don’t overdo it. Drink it in moderation, eat something before consuming it, and try different roasts. You can also try a coffee alternative if you don’t like coffee.

The main problem with coffee is that it raises the heart rate, which can cause dizziness. The higher the caffeine level, the more likely it is to cause this problem. It also raises blood pressure, so it can cause a person to experience rapid heartbeats and even heart arrhythmia. This dizziness can also be a sign of dehydration, so it’s best to drink plenty of water.

If you are experiencing dizziness after drinking coffee, you may have several reasons for this. It is best to speak with a doctor to determine the cause of the problem. However, the effects of caffeine are often mild, so there is no need to give up coffee altogether. You may just need to cut down your intake.

Caffeine is known to increase heart rate and blood pressure, so you may experience short-term dizziness. Caffeine also stimulates the central nervous system, making it more alert and focused. However, too much of it can make you feel dizzy and nauseous. Additionally, it may dehydrate you, which can also cause dizziness.

People who drink too much coffee should reduce their intake to 400 mg a day. Afterwards, they should drink plenty of water. This will reduce the effect of caffeine, but you may still experience symptoms.